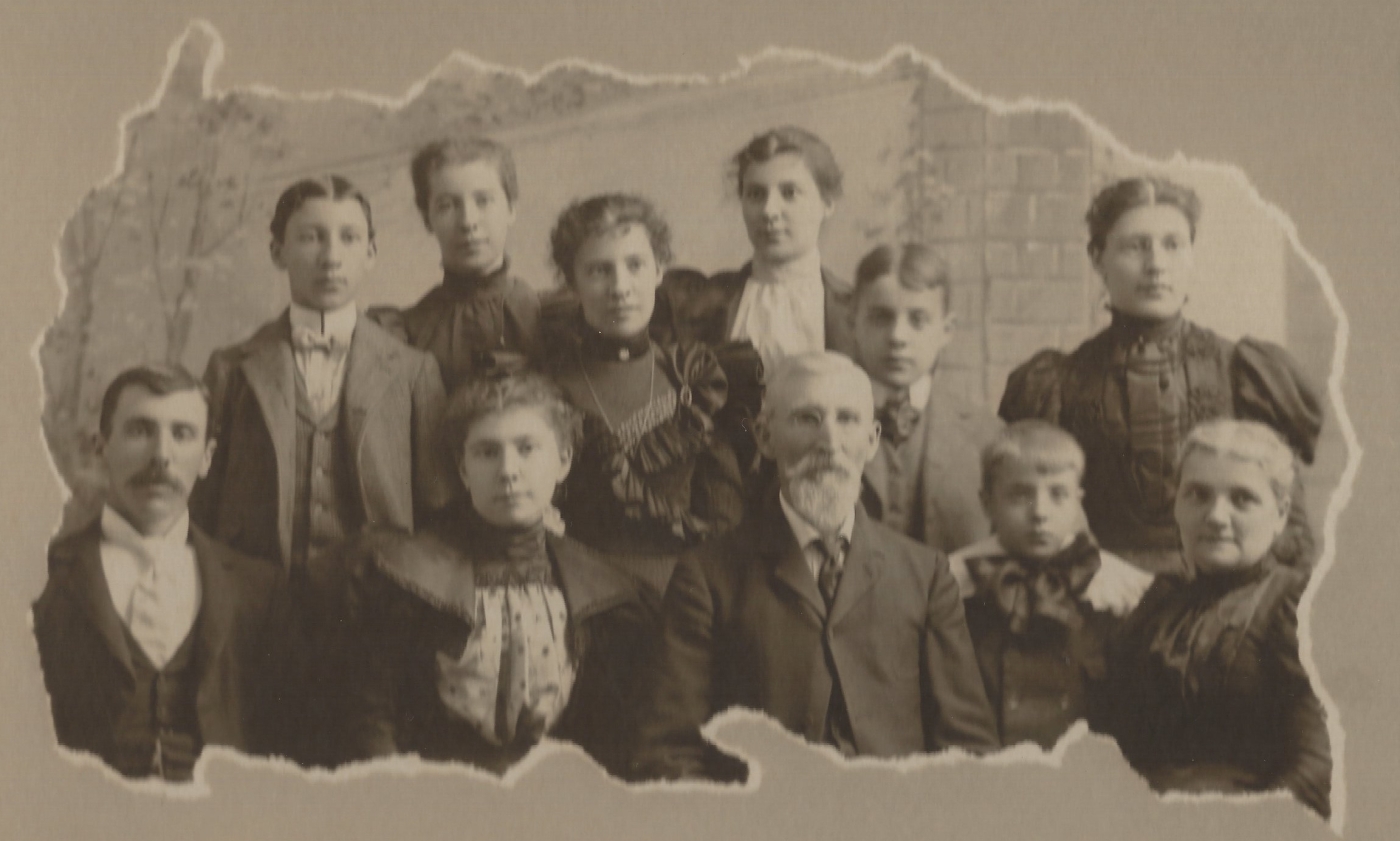 A mystery has been solved! A few weeks ago I posted a video about my 2nd great grandfather George Edgar Earley. George had 10 children and in the video I was struggling to identify his daughters in a family photo. I did my best to label them by age and other things I knew, but in the end, I didn’t really know who was who.

I had originally obtained the photo when I traveled to visit my great aunt in 2017. I used a DSLR camera to take a photograph of the framed pictured hanging on the wall but I was unable to remove it from the frame at the time to scan it or look at the back of the photo.

A few weeks ago my parents visited my great aunt and while they were there her daughter was scanning some of the family photos. My quick-thinking parents jumped on the opportunity to make copies for me (they are the best). One of the photos they scanned was the Earley family photo. Lo and behold, on the back all the girls were identified. Plus there was a sheet of paper tucked behind the picture with my grandmother’s notes about the photo correcting some of the names. It’s been years since I started chasing down the leads left by my grandmother and I’m still finding breadcrumbs she left me! 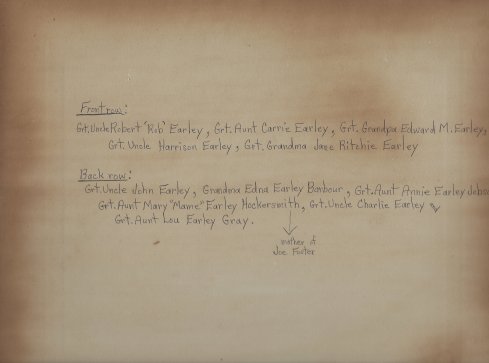 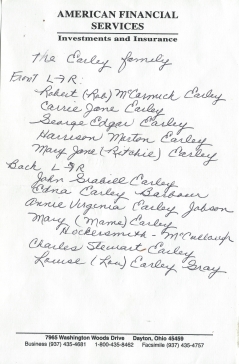 So now I present to you, The Earley Family–Identified! 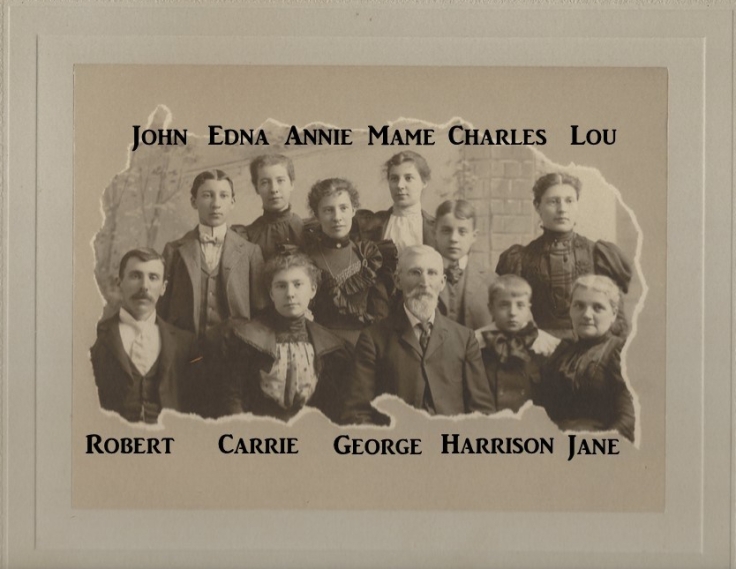 It turns out I had two of the five girls identified correctly all along, including my 2nd great-grandmother, not too shabby!