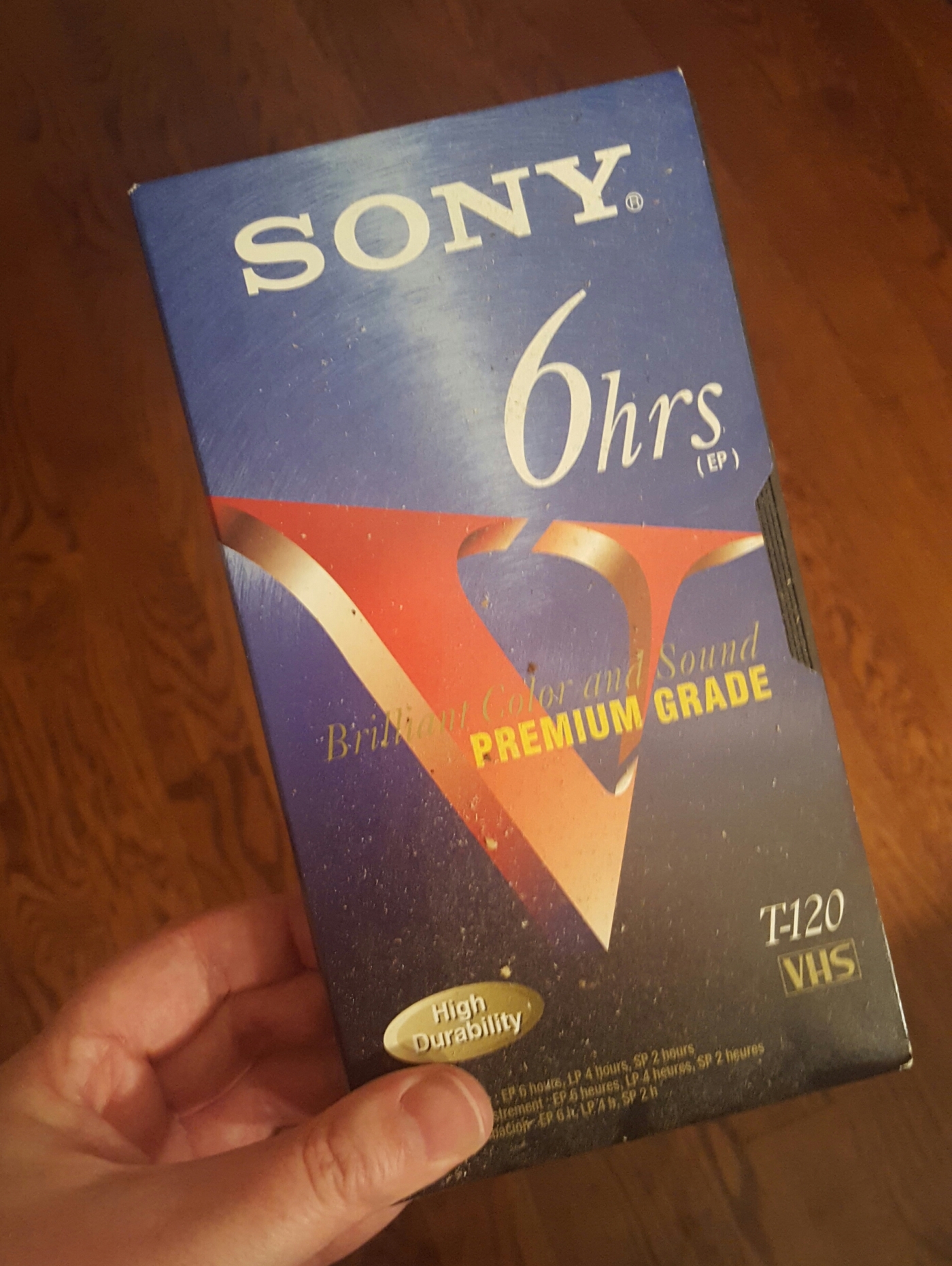 I’m spending this week with my family for Thanksgiving. I hope you enjoy the following interview with Walter Forsberg, which I conducted in April 2017 for a course on Film Archiving at Indiana University. Home movies are a treasure in our family archives. I hope this post will inspire you to investigate more about preserving and digitizing your family movies. If you are still with family members that you visited for Thanksgiving, it’s a perfect time to find out if anyone has old films or video tapes that need to be conserved and digitized!

Home movies offer professional and amateur filmmakers an opportunity to tell their story from their point of view. However, the popular formats of home movies in the last 40-50 years have presented a challenge for archivists since the video is stored in a fragile magnetic medium. This threatens the ability of home videos to tell their story. Walter Forsberg, the Media Archivist at the Smithsonian’s National Museum of African American History and Culture in Washington, DC agreed to shed some light on this issue for me and discussed some of the conservation and digitization projects he has been a part of during his career.

What is your background and education? How did you arrive at your current position at the museum?

I come from a couple different backgrounds that landed me where I am right now. The first life background I noticed was that I liked history. At university I took history classes, in American history and Quebec history. But also at university I discovered something called Super 8, which is really how I got into movies. Someone had a Super 8 camera and we started making movies. After university I started working in the business doing production and doing film festivals and all kinds of stuff. It was when I was making historical documentaries in my mid-twenties that someone approached me with a large collection of old video tapes that had been thrown out by a television station in Winnipeg, Manitoba. And out of these tapes I made a movie with my friend and that’s how I realized that there was a whole universe of archival footage.

My background as a historian and my production background…at some moment they clicked together and that’s how I found out about media preservation. And in a very strange way it was some trips that I took when I was a filmmaker, one to Toronto to the Toronto Film Festival, I had a movie playing there, and one to New York City at Anthology Film Archives where I had a film playing, I saw a person at each of those screenings that I had known from living in Montreal and they had both done this program I learned about at NYU, which is the MIAP (Moving Image Archiving and Preservation) program. That’s when I learned I could actually go to school for this.

After I did the MIA program I worked as a research fellow at NYU Libraries for many years working in video preservation mainly, then I worked at the New Museum for contemporary art on the Bowery. A curator there, Johanna Burton, had an idea that we could set up a digitization studio in the gallery. I was basically brought on to make that one-sentence dream realized.

What did this digitization studio entail?

It ended up being a four-month exhibition. It was called the XFR STN [Transfer Station]. It was a live digitization exhibition in the gallery where people, the public and artists, could make an appointment and bring their tapes or bring their born-digital legacy media formats and we would digitize them in the gallery while the public walked around and talked to us. We were showing a lot of stuff on screens in the gallery. It was like having your preservation lab in an art gallery. That was in the summer of 2013.

How did you end up at the Smithsonian?

I moved to Mexico and worked on a few other projects there and I just moved back to New York. I saw the job ad that had gone around a few times and I sent my resume in. Then I interviewed for it and I think they were interested in the range of formats I had experience with and the idea of public digitization was interesting to some of the curators, who are now my boss. We are right now in the middle of the pilot phase of a public digitization project here at the museum that’s called The Great Migration. We’re having families come in and it’s happening a couple days a week. In the museum we have a lab set up and we’re doing digitization of people’s home movies.

What kind of formats are you seeing from people in this project?

A lot of Super 8, some 16mm, a lot of VHS, and a lot of MiniDV. Actually we’ve identified a couple different collections, because we’re in the pilot phase, we’re identifying archives that have really great African American related materials that are not digitized so we’re reaching out to them. Like Howard University, and WHUT at Howard, which is their public television channel. We know they’ve got a lot of stuff so we’ve done a lot of 1-inch videotape for them.

Does the archive plan to make the digitized materials accessible to the public?

What happens is people come and we digitize and we upload a private link to our Amazon S3 cloud storage and at the end of the day the public receives an email with a download link so they can download all the stuff that they brought that we were able to transfer that day. There’s also the option, which we’ve had a lot of good experience with, for the public to opt in and allow the museum to keep an escrow copy that we would use onsite to promote the program. As Dave Rice says, “no one goes full digital preservation,” so I’m a little wary of erasing the file and hoping that the member of the public kept the file and their hard drive won’t crash. So we have that option for the museum to keep a copy.

Ultimately that’s my goal of doing the project, is to create this massive body of work, this massive archive of African American self-presentation. If you look at the history of the 20th century and screen-depictions of African Americans there’s a strong narrative of a problematic depiction. So I think it’s really beautiful for the museum to be this force that not only helps people preserve their own family memories but also to create this massive body of motion picture works that are self-presentation. These are African Americans filming themselves and their point-of-view, their life, telling the African American story, which is the American story. I think it’s a really subversive and beautiful way of countering those negative screen depictions.

What role do you play in conservation of the museum’s collections and how do you tackle conserving something like a VHS tape?

That’s actually my main job, The Great Migration digitization project is what we do for fun. I’m basically the media conservator at the museum. But we’re all dying from the day that we’re born and one thing about magnetic media, including VHS, is that the spirit of that medium is locked inside the magnetic binder. For conservation of the physical object we would clean it if it were dirty. I actually have a lot of experience after Hurricane Sandy in cleaning tape at New Museum. We had a lot of tapes come to the New Museum labs in New York City that had salt encrusted on them so we did a lot of hand cleaning. At the museum we keep our magnetic media in a cool vault with stabilized temperature and humidity. But in terms of extracting that signal or that spirit of the VHS tape the only answer right now is digitization. We would digitize those things and we maintain the tapes. I know some people have talked about throwing out the tapes after you digitize them but we don’t do that. We keep the tapes in climate controlled storage. One thing I’m not a huge advocate for is rehousing the tapes, unless they’re really filthy. I have a materialist fetish for the original boxes. I think there’s a lot of interesting information on there and I think rehousing them is sometimes over-sanitizing them, especially if you’ve already extracted the signal from the tape. We actually see a lot more physical deterioration and conservation needs with our film collections than any of our magnetic media.

We have a lot of tapes in our group’s collection for class that have mold. Is that something you find you can successfully clean or is that a lost cause?

We have a couple tapes with what might be mold but I suspect more is hyaluronic acid, which is part of the binder that is excreted over time. It was basically added as a lubricant. It can appear as these kinds of crusty white residues of the side packs of 1-inch tapes and also you might see them in the window of VHS tapes. Mold has more of a cob-web vibe. We don’t have a lot of moldy contaminated tapes. There’s a procedure to take the tape apart and fix that.

You can find some great information about preserving your own family films and video tapes on the National Archives website! Do you have home movies in your personal collection? Have you digitized them? Share your experiences in the comments below!