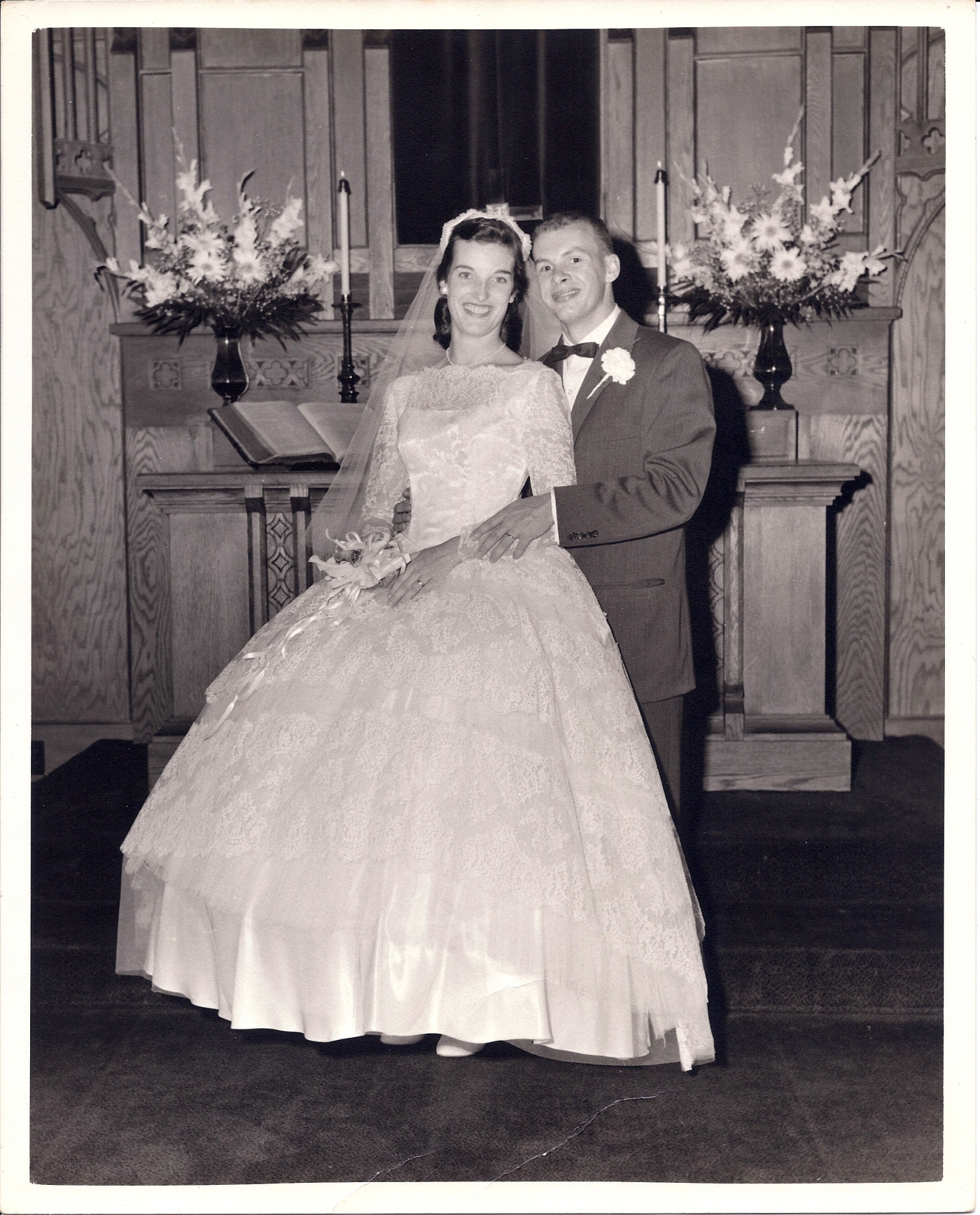 The Accidental Genealogist is running her annual “Fearless Females” month of March. I’m so happy to be joining in, although admittedly a little late. I will attempt to catch up before the end of the month. If you want to see her blog and prompts you can look here: http://www.theaccidentalgenealogist.com/2015/02/back-for-sixth-year-fearless-females.html

The prompt for March 4:

“Do you have marriage records for your grandparents or great-grandparents? Write a post about where they were married and when. Any family stories about the wedding day? Post a photo too if you have one.”

I have the application for marriage license and the marriage certificate, which is a little book containing their vows and the signatures of the entire bridal party, along with a thick wedding album.

My grandmother, Peggy Barbour (1937-2008), and my grandfather, William Straughen, got married in my grandmother’s hometown of Chambersburg, PA on June 15, 1958. Peggy’s father ran a funeral home in town, which her family also lived at. And I thought having a cemetery behind my house was creepy! They were married in the First United Evangelical Bretheren Church of Chambersburg, the same church that Peggy’s sister still attends and several cousins have been married in and still attend.

I don’t have any family stories about the wedding, although I will ask my mother when I see her next. I’m sure she has something! Peggy was beautiful and I love the classic elegant look of her wedding dress in these photos.